I must admit that I have an embarrassing problem: I can’t help but love tropes. Yes, I even enjoy many of the extremely tired ones like high schoolers putting on a gender-swapped play or two or more characters swapping minds. It’s just such a delight to see the unique twists and theme combinations that authors and creators throw into less-than-unique content, and to see my favorite story types retold over and over again.

Let’s explore the differences that theme combinations can make in repetitive story elements by looking at tropes centered around competition!

Every month, I join the voices of the Otaku Warriors for Liberty and Self-respect (OWLS) blogging project. The OWLS bloggers and vloggers use anime and other media to explore a central theme promoting diversity, self-acceptance, and equality. I feel proud to work with the OWLS team, so keep an eye out for future posts exploring important social issues. If you’re interested in these topics, be sure to check out the other OWLS blogs for each tour, or consider becoming an OWLS blogger or vlogger yourself!

Inspired by the 2018 Winter Olympics, this month’s topic is “competition” in pop culture narratives. We’re exploring the competitive spirit and what it inspires in us, such as friendship and teamwork. Competition can bring out the good in us as well as the bad, and it can really teach us a lot about ourselves and the world around us if we are open to learning from it.

Earlier this week, Random Garage‘s Moonid wrote about The King’s Avatar.  It’s a fun post, if you’re looking for another great read. And without further ado, let’s investigate some themeXtrope combinations!

The Most Dangerous Game

Perhaps it’s a product of growing up in the 90’s, a time when these types of anime were wildly popular, but I love when a competition becomes high-stakes. I love when a character chooses to compete only to find out later that there’s more riding on victory than simply earning a name for yourself. Lives, jobs, favorite possessions, friends, and freedom are often put on the line by villains. What exactly is at risk depends on what messages the creator of the work wants to convey.

The first few story arcs of Yu-Gi-Oh!, for example, combine themes of competitive games with greed and wickedness in order to convey the consequences of such traits. 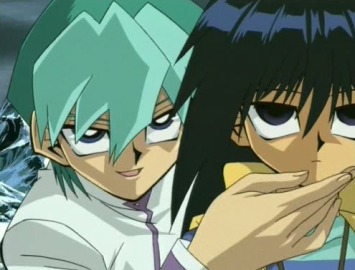 Later, Yu-Gi-Oh! combines competition with friendship and family bonds, throwing characters into compromising situations where they must compete for the safety of loved ones. These later story arcs convey more positive messages about the value of friends and family (It should be noted that many of the earlier arcs were also used to convey these themes, but with much darker messages thrown in).

Survival of the Fittest

A similar trope that frequently makes its way into anime is the fighting tournament. Shows like Nanatsu no Taizai, Dragon Ball Z, Yu Yu Hakusho, and Pokemon offer fine examples, which is especially common to the Shōnen genre. These brutal competitions often come around as an opportunity for characters to prove their strength in the arena. A range of different character types come to take part, from frail old people and kids to seasoned fighters and buff bodybuilders who think they’re tough stuff. 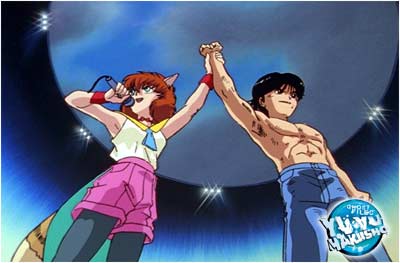 Sometimes, these tournaments turn into the high-stakes, life-or-death dilemmas discussed earlier, showcasing the importance of relationships. These tropes almost always include elements of not being able to judge a book by its cover by contrasting young characters, small characters, and female characters with those previously mentioned bodybuilder types only to later have the seemingly disadvantaged character take down the pro single-handed. 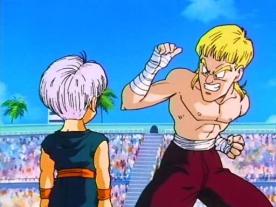 You’ll also find frequent warnings about hubris, excessive pride or confidence, in these situations. The blustery character who spends the most energy bragging and showing off is usually the first one out of the game. Additionally, this trope often makes use of pitting friends against one another in order to explore themes of friendship when put under pressure, as well as exploring moral dilemmas when pitting characters against others who have equally good reasons to win.

I Get By With a Little Help From My Friends

Friendship is a theme that can be found in nearly every anime involving competition. It’s often important for surviving tournaments and essential to making it out of dangerous, high-stakes games alive. It is also often the key to becoming champion in any situation. 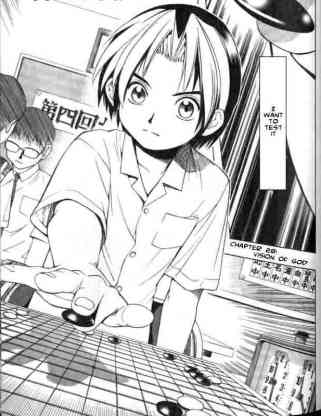 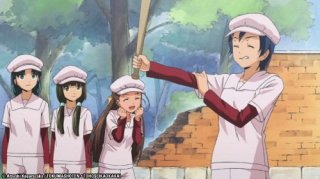 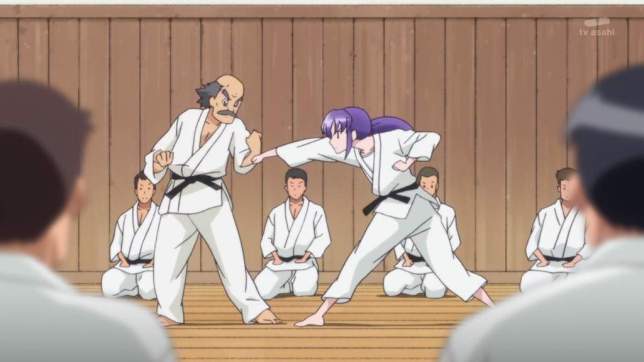 Combining friendship and competition with teamwork produces many sports anime (the OWLS are writing about several great sports titles this month, including Haikyuu, Kuroko no Basket, and Prince of Tennis). Mix the two with any solo-oriented competition (Yuri on Ice, Princess Jellyfish, Initial D, Ballroom e Yokosō) or players working to be the best at an obscure or made up game (Beyblade, Hikaru no Go) and you have an engaging story about hard work and support. Just like many of the other uses of competition in storytelling, you’ll often find themes related to struggle, the underdog, and personal triumph in these series and situations.

That Heart is Mine

Many of the tropes that we’ve looked at so far come from shows where competition is a major theme and involves some sort of sport, combat, or game, but that’s not always the case. It can be a minor one, and can revolve around other things. Let’s take romance as an example. You’ll frequently see romance combined with competition in any anime from the harem genre, but can find it in other places as well. 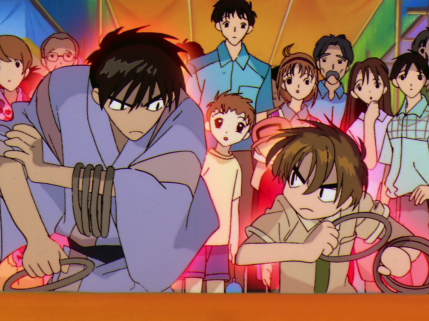 Consider any anime where two people find themselves attracted to the same person. In many series, these characters often end up competing with one another on a small or large scale to earn the attention or affection of the person that’s stolen their hearts. Depending on the way that it is used, this trope can be sweet, hilarious, fairly creepy, or a great way to show that people are not objects to be won.

One of my all-time favorite uses of competition themes can be found in the 1994 mech series Mobile Fighter G Gundam. This is the series that made me wish that the Olympics could be used to solve the types of complex problems that often lead to war. G Gundam takes the trope of competitive combat, mixes it with mechs, and throws in human goodness, human darkness, human-caused environmental destruction, and war to create a world in which humans take place in a competition that has replaced war.

Every nation sends their best mech pilots to represent them, and the victor of this massive competition puts their country at the top of the political food chain. I would love to see other narratives exploring the potential for games and tournaments to replace warfare, but haven’t come across any yet (if you know of one, please let me know!).

Thanks for joining me in this exploration of theme and trope for our “competition” tour.  Up next, be sure to check out Auri’s post about Aoharu x Kikanju on Manga Toritsukareru Koto. Do you have any favorite competition-oriented tropes or themes from pop culture? Share them in the comments! You can also connect on Twitter at @Popliterary, or send a message on the “contact” page.

And as always, if you have a literary device or grammar rule you want to know more about, or a game, comic, show, or movie that you want to see make an appearance on the blog, leave a shout-out in the comments!

Bonus! I dropped two allusions (other than just naming specific shows or describing aspects of them) somewhere in this post. Did you spot them?