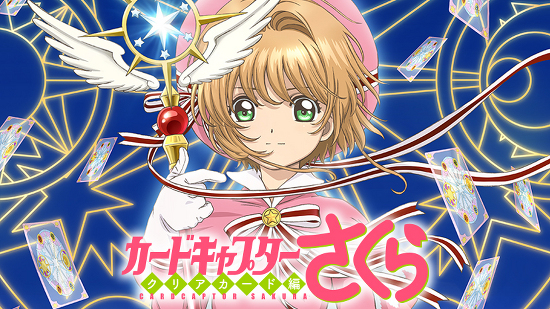 Stories require change. The most memorable, engaging tales are those where something changes between the beginning and the end. A story without this mechanic tends to be a bit dull. What changes depends on what the writer decides to make happen. It can be the resolution of a problem, character growth, deterioration or renewal of a setting… the possibilities are far-reaching. One type that occurs in most narratives is character development.

The thing about character development is that it tends to sneak up on us. We don’t always realize it’s happening unless we’re looking for it. It seems to occur naturally as part of the narrative. In truth, it is a natural progression of a story, but it’s one that the creator or author has to work hard to include. Writing character change that runs so smoothly that the audience doesn’t notice is no easy feat. In appreciation of creators who know how to pull off smooth character development and to explore this narrative technique, let’s take a look at Cardcaptor Sakura and the ways that it combines character development with the magical transformation often found in anime.

Every month, I join the voices of the Otaku Warriors for Liberty and Self-respect (OWLS) blogging project. The OWLS bloggers and vloggers use anime and other media to explore a central theme promoting diversity, self-acceptance, and equality. I feel proud to work with the OWLS team, so keep an eye out for future posts exploring important social issues. If you’re interested in these topics, be sure to check out the other OWLS blogs for each blog tour, or consider becoming an OWLS blogger or vlogger yourself!

January’s tour has us examining themes of “revival” in pop culture narratives. We’re thinking about the improvement, development, or refinement of something as exemplified by a narrative, which can include both positive and negative shifts that we learn from. I’ve selected Cardcaptor Sakura for this month’s topic because I feel that it embodies our “revival” theme in multiple ways. It showcases character growth, magical transformation, and, as of January 2018, has even experienced a literal revival in the form of a new anime reboot called Cardcaptor Sakura: Clear Card.

Earlier this week, Mel of Mel in Anime Land wrote about Gunslinger Girl. I recommend giving it a read if you’re interested in this month’s theme or like Gunslinger Girl.

Spoilers: Please note that this post will contain minor spoilers for the 90’s Cardcaptor Sakura anime and manga.

Imagine what your favorite story from a videogame, book, cartoon, or movie would be like if the characters never learned or changed as a result of their experiences! They’d be quite a bit less exciting, and the odds are that they wouldn’t resonate as deeply with you. Why? Because humans change. We grow when we experience things in the real world, and it’s important for us to see this reflected in characters as well. It makes them more relatable.

No! Admittedly, I do tend to focus on the positive side of any topic, but know that character growth can sometimes go badly. Characters sometimes develop negative traits instead of positive ones as a result of their experiences. For the most part, protagonists (the good guys) shift into more positive traits to replace negative ones, but other characters might develop negative characteristics as the story goes on instead. It all depends on what the writer wants to occur. 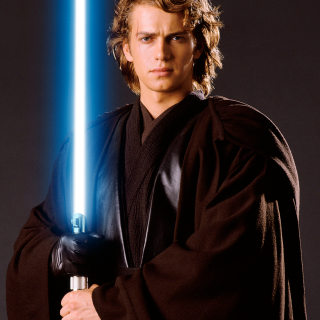 Character growth does not go well for poor Skywalker, who starts off as a well-intentioned Jedi-in-training. His experiences show him that the world isn’t what he wants or hopes for it to be and eventually this leads him to become one of the most dangerous villains in the Star Wars universe.

Part of the fun and, arguably, satisfaction of character development is that it often allows characters to overcome problems that they couldn’t face earlier in the story. It’s often highly satisfying for the audience as well, as we like to see them overcomes these problems. Things would be boring if they ran into a problem and just gave up.

One character who experiences a tremendous amount of growth from the start of Cardcaptor Sakura is Sakura’s friend, rival, and romantic interest, Xiǎoláng (also spelled Syaoran) Li. Xiǎoláng becomes part of the anime’s central cast starting with episodes 7 and 8 where he is introduced as a transfer student from Hong Kong.

It doesn’t take him long to become a problem for Sakura in her quest to recapture the Clow Cards. Being a descendant of Clow Reed, Xiǎolán hastily decides that Sakura is incapable of capturing the cards due to her inexperience and limited magical ability and knowledge. He gives her a hard time, throwing around verbal jabs about her flaws at every opportunity and competing to capture the cards before she can. 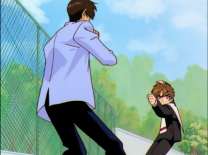 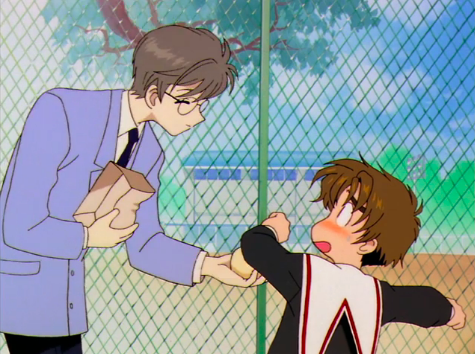 In the beginning, Xiǎolán is also extremely quarrelsome, preferring to solve many of his problems with violence and a bad attitude. Add to that being shy and very easily flustered, and you’ve got a character who has many social conflicts that he can’t resolve on his own. This comes into play multiple times for comedic relief (for example, Xiǎolán flees the scene any time Yukito appears), but also causes some problems for him, resulting in him being unable to express himself in multiple situations. He’s stand-offish, mean, full of himself, highly capable, and doesn’t think about other people’s feelings before speaking. He’s your typical cool-guy 90’s character in elementary schooler form.

Over the course of the series, experiences with Sakura and friends help Xiǎolán to relax, recognize Sakura’s capabilities as a Cardcaptor, and grow more confident in social situations. By the end, he’s much friendlier, and his cool-guy front melts away. He becomes calm and collected, and better able to handle whatever the world throws at him. Sure, he’s still easily flustered and shy, but these moments no longer result in him running away or becoming frustrated with the situation. Instead, he finds ways to appreciate the situation and handle it in more productive and satisfying ways.

In fantasy genres, the literal transformation of someone or something is often used to symbolize character growth. Think about any shonen or shojo anime you’ve watched that involves some type of transformation. That transformation most likely helps the characters overcome a problem that they couldn’t overcome before.

Although Sakura herself never goes through a magical transformation in the series, the staff that allows her to use the power of the Clow Cards, and the Clow Cards themselves transform at different stages. The first time that her key transforms is after she successfully collects all of the Clow Cards. Her journey has provided her with many moments of character growth, so it seems appropriate that her staff should change to reflect her development. It takes on a form that is uniquely hers instead of keeping the form given to it by its former owner, Clow Reed. 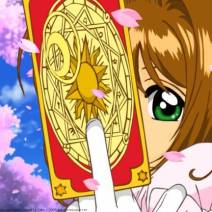 Her new staff allows her to overcome a problem in the series involving the waning magic of the Clow Cards and the fading life force of the magical beings that Clow Reed created. With her new staff, Sakura is able to transform the Clow Cards into Sakura cards and preserve the fading magic within them. In the 2018 reboot, her cards and staff transform again, hopefully preparing her to face whatever problems she will encounter in the months ahead.

Thanks for joining us for our “revival” tour.  Up next is Irina of I Drink and Watch Anime writing about revival in Utena. Do you have any thoughts or experiences that you want to share about change, growth, and development? Share them in the comments! You can also connect on Twitter at @Popliterary, or send a message on the “contact” page.

And as always, if you have a literary device or technique you want to know more about, or a game, comic, show, or movie that you want to see make an appearance on the blog, leave a shout-out in the comments!

Bonus: Sometimes, the absence of change is also important in a story for a variety of reasons. When development doesn’t occur, it can be seen as lazy or poor writing. It’s not always laziness, though. Authors might occasionally present a character with an opportunity for change that the character doesn’t take. Other times, it can be something a little more subtle. Pokeninja90 shares a great post about subtle and non-existant character growth in a way that I hadn’t thought of before. The post discusses character development in Samurai Flamenco.

I thought Felix Yz by Lisa Bunker might make a good pock for my #DiversifyYourDecember disability/mental health rep. Felix has a SciFi-related condition that presents as a disability. Although I liked this read and would recommend it for other things like exploring death and dying, and exploring gender identity and expression, I wouldn't recommend lauding this book for it's disability rep. There are two different points where the narrative strays into more abelist territory-- once when Hector asks Felix if he's regular smart or something else, and once where Felix explains how he's not disabled but gets lumped in with people with disabilities because of his condition. If I have time to this month, I aim to pick a different disabilities/mental health rep book for this challenge!
Wishing everyone a beautiful eighth night of Hanukkah!
Look what arrived today! Very excited for this box. I'm especially excited for the book of the month for this one: A Marvelous Light. Keep an eye out for an unboxing shot later this month!
I finished my November book stack drawing on time (for once)! These are all of the books I read or listened to in November, minus picture books and comic issues.