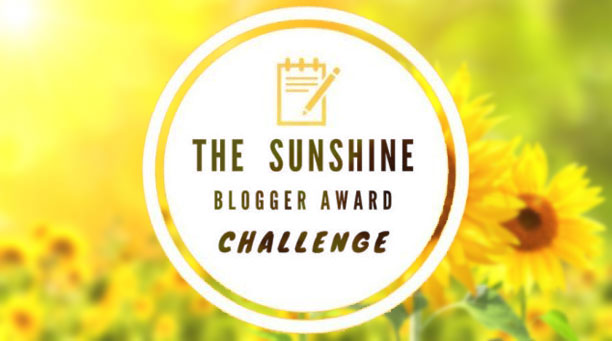 A while back, I decided that participating in “Blogger Award Challenges” felt silly, but fun. The sense of community surrounding these playful posts far outweighs the reserves that I felt about them. Recently, I had the honor of being tagged by two bloggers, Meghan Plays Games and Kelly, author of Why We Play Games for the Sunshine Blogger Award Challenge (you can take a look at their Sunshine Blogger posts by following the links above). After enjoying their fun answers to the questions posed to them by their own nominators, I had some fun writing answers to the questions that they’ve asked.

I split my responses into 2 parts because the post wound up feeling a little long with everything! I’ll be challenging other bloggers and coming up with my own questions for them in part 2. (When it posts in September, you can check out part 2 here!)

Here are the questions posed by Meghan Plays Games along with my answers:

1. Favourite female character in a video game, and why?

I haven’t played too many games with strong or well-written female characters, sadly. My first inclination was to say that my favorite is Chel from Portal. She seems like a strong woman, having the will to puzzle her way through dangerous lab tests and fight for her freedom. I then realized how sad this choice is given that as a game mechanic, Chel has no dialogue or personality, and only has screen time if the player manages to find a corner where they can slap up two portals in just the right position to see what their character looks like. My next pick would have to be Aloy from Horizon Zero Dawn because she’s highly spirited and curious, and never lets anyone’s expectations stop her from pursuing her curiosity.

2. Game you loved but feel like no one else remembers, or is really underrated?

I don’t really follow game ratings enough to know if any of my games are underrated or not!

3. A game whose ending you felt was really disappointing? Why?

I’m not going to be terribly original here and say that I felt a bit disappointed by the ending of The Last of Us. Throughout the game, the players are taken for a wild ride, facing fungus zombies, crises of humanity, and the diverse dynamics of familial love. Ideally, they feel attached to the characters and the storyline they’ve invested hours of time in. Toward the end, the game’s story takes a sour turn and the players must make a brutal decision that derails most of their efforts up to that point. It’s an intriguing moment in the story, but what soured me to it was the final dialogue. One of the main protagonists misses the pivotal turning point because she is unconscious. When she asks her co-protagonist what happened, he lies to her about the situation and that’s where the game ends. It felt like a bit of a letdown to have the game end on a lie.

This one was a bit tough because I have played some incredible indie games. I think that I have to go with Journey, though. That game’s sound track, visuals, and gameplay are amazing and never fail to delight me. Playing the game gave me an intense sense of awe that never faded. Its short length helped me to finish it as well, a major weakness that I have with gaming. I also really like the subtle feature where you can run into other players online and play with them for a bit.

5. If a friend who wasn’t a gamer asked you for a sort-of ‘first game’ recommendation, what would you suggest, and why? Let’s say they are open to all platforms and all genres.

This question is incredibly difficult because I know so many good games, and it would really depend on the person! Do I suggest Minecraft because it’s a fun game with no real goal other than survival, and is easy to learn? Do I suggest Journey because you can’t die, so it’s fairly low-stakes, and it’s beautiful and easy to learn? Do I suggest Little Big Planet because people love platformers and it has a comprehensive how-to-play level (I actually tried to get my mom to play this game with me and she found it very stressful!)? What about a Zelda game or Pokemon or Harvest Moon? The scope of this question is a bit too big!

6. What game would you credit with sparking your love for gaming, and what about it was so special?

I feel like my love of gaming spooled up over time rather than being spawned by any particular game. When I was a kid, I loved playing computer games like ones available on Neopets.com. I played other computer games like Sim City and Rollercoaster Tycoon, as well as math and typing games. When I visited my friend next door, we’d play racing games on his PlayStation, occasionally switching to other games like Golden Eye 007, Bomber Man, Donkey Kong, and Sonic. My sister got me into the Pokemon games as well, and lent me an extra GameBoy so that I could play with her. When I reached middle school, I bought myself my first system: a GameBoy Advanced. With it, I bought The Legend of Zelda: Oracle of Seasons. I feel like each of these games played a role in my current love of gaming.

Off the top of my head, I’m going to go with the Endermen from Minecraft. They aren’t villains, exactly, but they’re enemies if you look at them. Their lanky forms and mysterious purple sparkles are visually interesting, and their many sound effects are well done. They delight me for three main reasons: 1), they can’t be out in the rain without getting hurt, 2), they don’t attack you unless you hurt them or look at them for too long, and 3), they take random blocks from the world and wander around with them! Honorable mention goes to GLaDOS from the Portal games.

8. What are your personal thoughts/opinions on video games as ‘live services’? Do you think this is the path video games will take in future?

I’ve enjoyed a few ‘live service’ games like Overwatch, but not many. I don’t think it’s a bad model of gaming. It allows developers to create responsive updates in the game that suit their player-base, and gives players an online space where they can enjoy gaming with other people. I feel like suggesting that gaming is going to turn solely to this model is a bit like saying that books are only going to be sold in digital form or that all games will be AR and VR moving forward. These are just different formats that these media can take, not the end-all-and-be-all of the genre. Some game genres might not thrive well in a ‘live service’ model, such as story-driven games.

9. Most memorable side quest/NPC quest line in a video game?

For some reason, I distinctly remember a quest in Zelda: Story of Seasons in which you need to trade a series of items to NPCs throughout the game world in order to advance in the story (I think). I don’t remember the full quest, but I do remember trying to obtain a well-seasoned pot (I had NO idea what that meant at the time) and needing to trade a spooky doll to send a chill up an old woman’s spine so she wasn’t so hot any more (I don’t think body temperature regulation works that way…).

10. Some video games, due to their popularity or following, are considered above criticism. Is there a problematic element, or something that really bothered you in a title that has received universal acclaim? Give me your unpopular opinions!

Hm, if I were to try and point to anything specific, I’d say that I’m always a little disappointed in Zelda’s role in Zelda games. Breath of the Wild had an especially disappointing role for her where she was trying so hard to be someone that mattered and just didn’t matter as much as Link in the end.

11. Let’s say you have to make a playlist of songs for a particular video game character – songs that represent who they are. Choose any character, and list at least 1 song that you feel would be on their playlist. Any musical genre, no limitations.

I’ll make a playlist for Aurora, the main character of Child of Light. Making a playlist was much harder than I thought it would be, so I picked Crystalize by Lindsey Sterling. This song has no lyrics and sounds sufficiently whimsical to match the strange storybook-like world Aurora finds herself in.

Thanks again to Meghan for challenging me with this Sunshine Blogger Award, it was fun! Now, as promised, I will not be challenging anyone today, but will issue challenges and questions of my own in part 2!

The gist 📚: This short comic zine goes over pronoun use, gender, sex, and finding safe and comfortable ways to come out or experiment with your gender expression. It's a good basic introduction. It would be a great resource for anyone interested in knowing about gender inclusivity for themselves or others. It wouldn't be a resource for someone who feels resistant to learning about gender identity because of the book's tone
Every week, I highlight #LGBTQAuthors as part of #TheRainbowShelf 🏳️‍🌈 Beverly Little Thunder has worked hard as an activist and spiritual leader, and has spent considerable time as a Sundancer. She is a founding member of the Two-Spirit Gathering movement.
I've been capturing some basic dataviz of my reading stats this year. To go with it, I'm keeping a running list of titles I've read (even though I log this on things like #TheStorygraph and #GoodReads) so I can leave the list with the dataviz pages later. I've suspected for a long time that I have dyslexia, and am usually careful to double and triple-check the spelling of basic words during this process. Today, I got a little full of myself and decided I could do it without looking. Which lead to me writing spesheal instead of special 😏
I'm a bit late with April's #ReadingWrapup! In April I read: