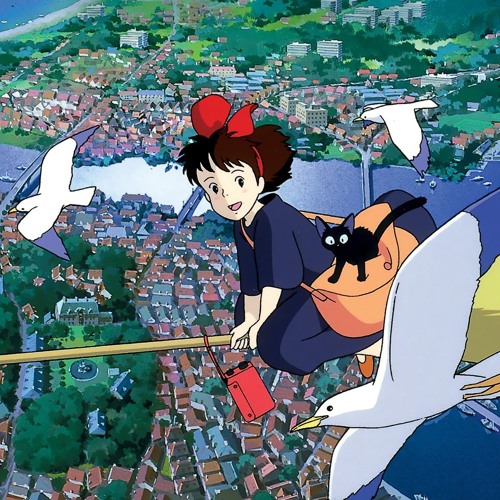 Welcome to Symbolism Saturday! For anyone new to Symbolism Saturday, this is a bi-monthly Saturday special that I originally started sharing on Instagram and Twitter. In these posts, I highlight an example of symbolism in pop culture in a bite-sized exploration. Today, we’re taking a look at a symbol from the anime movie Kiki’s Delivery Service.

What is Symbolism, You Ask?

In a nutshell, symbolism is a literary device where the author of a creative work (like books, video games, and cartoons) uses an object (like a bird, necklace, color, or, occasionally, person) to represent a complex or abstract feeling or idea (like peace, loneliness, death, or, occasionally, a person). If you want to know more, I have a post taking an in-depth look at symbolism and Over the Garden Wall.

Letting a child leave home to start life on their own or tackle an exciting new life challenge alone can be a difficult task for parents. For Kiki’s mother in Kiki’s Delivery Service, it is a stressful and daunting situation when her daughter suddenly decides the night has come to leave home on the traditional year-long training every young witch undertakes.

Just before Kiki lifts off, her mother insists that Kiki take her own aged broom in place of the newer one that Kiki made herself. She clarifies that this wizened broom will be safer and more reliable than Kiki’s inexperienced one. The exchange can be seen as a passing of the torch, with the older, more experienced generation handing off what they’ve built up in their life (and magic) to the next generation. 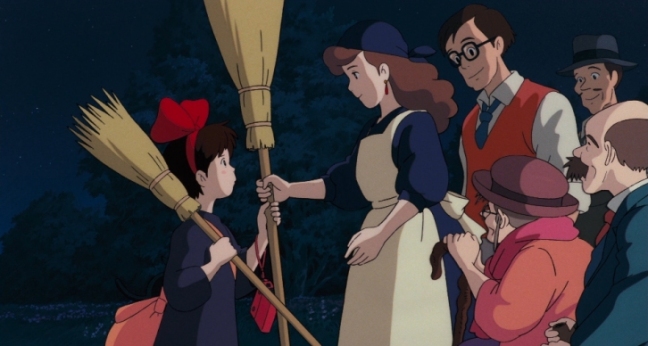 Mom’s broom is a symbol for her own success as a witch, as well as being a symbol for her support of her daughter. She can’t travel with Kiki to make sure that her training goes well, but she can support her through the broom.

Once she settles down in a new city, Kiki uses this fine gift to create a flying delivery service. Her mother’s success and support help Kiki in her new endeavor.

Later in the film, Kiki runs into trouble when she loses her self-confidence and, as a consequence, her powers. In the ensuing struggles to regain what she’s lost, Kiki accidentally breaks her mother’s broom, losing the last tangible thread of her mother’s support. It’s a hard blow for Kiki, who believes she will never fly again. Fortunately for her, she has built a support network of her own in her new home. She has also developed her own skills enough that she is able to rediscover her own abilities and prove to herself that she can succeed on her own merit.

If you enjoyed this Symbolism Saturday post, be sure to stop by for a new one every other Saturday. Do you have a favorite example of symbolism in pop culture? Be sure to share it in the comments! You can also connect on Twitter at @Popliterary, or send a message on the “contact me” page.