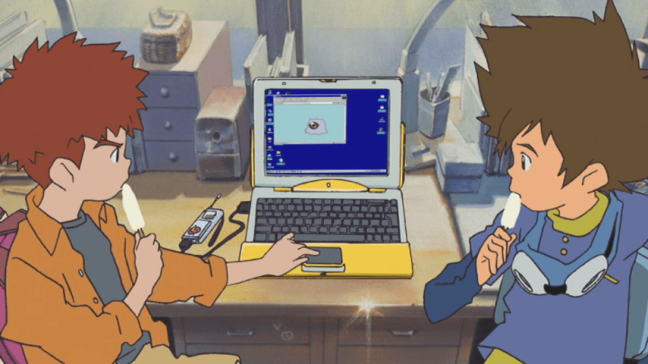 Many people have different beliefs, traditions, and superstitions regarding New Year’s Day. Is it unwise to have bare cupboards on the first of the year? Will the first person through your door really be someone who heavily influences your year? Can watching the first sunrise of the year bring you good luck? Whatever the answer, these beliefs and superstitions do share a common theme: What you do on New Year’s Day will influence your year in some way. With this in mind, I thought that I would start out the new year with some writing and reading (because I love doing both), while at the same time reflecting on 2017.

Lately, I’ve seen a few fellow bloggers put out posts of their favorite posts that they’ve written from the year, and these posts have inspired my New Year’s blog as well. Rather than reflecting on my own posts, however, I’ve decided to round up a few of my favorite posts from other bloggers and share them out as a thank-you to the WordPress community for writing them.

While rounding them up, I discovered that I might want to consider doing something similar every month rather than at the end of the year! I’ve read so many wonderful posts this year, and it was extremely difficult to narrow down my selection. Unfortunately, due to time and space constraints, I won’t be able to include every single blog that I loved this year. Everyone does such great work that it was difficult to choose a reasonably small number of selections. I had to fight the temptation to include an unreasonable number of extra blogs at the end as bonus content. I really wish that I could include so many more in this year-in-review special.

Ultimately, I decided to limit myself to a maximum of three blogs per month, and tried really hard to limit myself further by including a blogger only once (with the exception of The Well-Red Mage, who’s posts include works from contributors). What resulted was a week-long series of posts. We’re bringing in the new year with a celebratory week of posts dedicated to YOU!

Today, we’ll start with January. Keep an eye out for more posts throughout the week. I hope that you enjoy reading these as much as I did!

I must say, January was the easiest month to choose favorites from. I didn’t start regularly reading blogs until I started Pop Culture Literary in April. As a result, I didn’t have many January blogs to choose from. 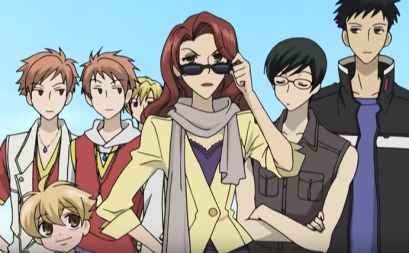 1. Lynlynsays of Just Something About LynLyn does a great job of examining gender norms in the post OWLS: Disrupting Gender in Ouran High School Host Club. The post, created for the first OWLS blog tour, “Disruptors,” focuses on the ways that Haruhi’s crossdressing (or possibly transgender, it’s never made 100% clear in the series) father disrupts traditional gender norms, patriarchal practices, and family dynamics. (If you like this post, be sure to check out another great selection from Just Something About LynLyn, OWLS: Amamizukan, The Sanctuary in Princess Jellyfish) 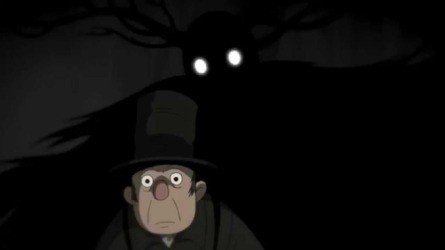 2. It’s no secret that Over the Garden Wall is one of my favorite cartoons, pushing out childhood favorites with no trouble. That being the case, I found Christianaesowhode’s post Over The Garden Wall’s Subplot of the Beast and the Woodsman Vilifies Their Ongoing Abusive Relationship to be a delight. The post argues that although the Beast is the central protagonist of the mini-series, the abuser-victim relationship that he has with the Woodsman is the true villain.

Do you have a favorite blog that you’ve written or read from January? I invite you to share it in the comments! I’m always excited to read new posts.

5 thoughts on “New Year’s Special: Reflecting on a Year of Your Blogs Part 1”

I was so enchanted by the ginger and lemon scone recipe in The Heartbreak Bakery that I made them over the weekend. I've never made scones before.
I'm a few days behind on posting this-- here is the 2022 LGBTQ book bingo! This is a year-long, low-pressure book bingo. The main requirement for each prompt is that the book should be by an LGBTQ+ author, or about LGBTQ+ characters or topics. If you played last year, you'll notice a few repeat prompts! Have fun and don't forget to tag me so I can follow along!
Today is the last day of @rainbowcratebookbox 's #RcNov2021 photo challenge showing off the amazing items in the November book box! I absolutely loved this box and all of its bright, magical items. Even the magnet is bright, because it glows in the dark!
The November #RainbowCrateBookBox was absolutely stunning. So many beautiful light ornaments! I'm also very much looking forward to reading the book of the month.