Family is a loaded word. For some, it has nothing but positive connotations. But for others, it carries heavy negative associations. Knowing this, I had some trouble working on this month’s OWLS topic. Not that it struck a chord with my own history or anything. I am one of those people with buckets full of positive experience with family. I grew up in a very stable home environment. No, my struggle lay in the knowledge that this is not always the case. Not everyone has a positive experience with their relatives.

I wanted to choose a series that brought awareness to troubled family dynamics and made children from unstable households (and adults with related backgrounds) feel included. At the same time, I wanted to work on something that demonstrated positive family dynamics because family bonds are very important to me. Choosing Gravity Falls allowed me to work on both, but I couldn’t help but feel like even this choice does a disservice to individuals who come from families seeped in strife.

As I wrote about the troubled family dynamics leading to the dissolving of Stan Pines’ family, I couldn’t help but feel disingenuous even as I found parallels between their family and my husband’s own broken family. I found myself resisting the common TV tropes of the troubled family. When a TV program wants to portray a troubled family, it often looks like Stan’s with a detached mother and father working ethically questionable jobs, siblings who love one another but fall apart later on, parents who demonstrate a clear preference for one child over others with their own personal needs in mind. These tropes come up time and time again, presenting audiences everywhere with the notion that this is what a troubled family environment looks like, but then often offering us a silver lining where everything turns out ok in the end.

It’s fine to use these tropes to portray unhealthy families, but these are not the only factors that make a family unhealthy, and many situations don’t turn out okay in the end. Seeing these portrayals can make individuals from more chaotic families feel alienated. It sends messages that seem to say “if this is what a messed up family looks like, yours is an absolute nightmare and disgrace.” It also doesn’t fully grasp the depth of struggle that people, especially children, experience in these sorts of situations. 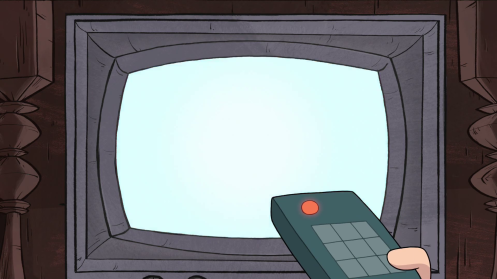 My husband grew up in a broken family. When I was writing about the unhealthy aspects of Stan’s homelife such as when his father projecting his own motives onto his son, I couldn’t stop thinking about the parallels to my husband’s experienced (and continues to experience) with his own family. Before I can talk about his childhood, however, I feel like I should start with his parents because I feel that much of the strife in their family came as a result of the harsh circumstances in their own childhoods, not because they were or are bad people. When you get to know them, they’re kindhearted, they’re just dysfunctional.

His parents were both neglected growing up, pushed aside while their parents doted on the older siblings. His dad recalls receiving hand-me-downs for birthdays and holidays while his siblings received beautiful new gifts. His mom had a rough ride as well. She was abused by her parents, and married a few physically abusive men who badly damaged her body and self-esteem. When she married the man that would become my husband’s dad, she was in a marginally better situation, but not entirely ideal either. Years of drinking and coping with his own troubles left him in rough shape, and he too was physically and emotionally abusive.

His parents treated her in much the same way that they had treated him. One instance that my husband often recounts is that one year, they wrapped a frozen steak from their freezer and gifted it to her while their children opened nice new presents. Although in-laws are never obligated to give holiday gifts, the parents could have simply chosen not to give her gifts instead of going out of their way to give her something demeaning. Another situation that can paint the way that these two were treated came during a pregnancy. My husband’s mother was pregnant, and they came to visit the dad’s parents. The parents wouldn’t let the mother sleep in the house and made her pitch a tent in the yard.

With so much strife in their own lives, it is not hard to imagine that my husband’s parents were not the best parents for their own children. Their family is broken in too many ways to recount in anything shorter than a novel, but I will relate a few examples here. His oldest brother and sister took up hard drugs following what I can only imagine was years of physical and emotional abuse from their own abused parents. The two siblings regularly beat on the second oldest son, resulting more than once in broken bones.

Enter my husband, who, like his siblings, experienced years of physical and emotional abuse from his parents. When he was in elementary school, his parents got a divorce. They fought over child support, and eventually, his grandparents had to pay it (a fact which they feel the need to constantly remind my husband of, despite it not being his fault that his father did not pay it back then). His mother had to stop working around this time for medical reasons, and went on disability. 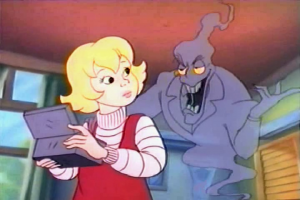 His older siblings continued doing drugs. They stole money and game consoles from their kid sibling to help finance their addictions. When my husband tried to hide his money, he got in trouble with his mother for refusing to help his siblings out and being a selfish child. Their habits brought multiple drug raids into the home. Now and then, my husband recounts these traumatic incidents, which he recalls vividly. He tells me about being held back by officers while they wrestled his shouting siblings to the ground, followed by watching them being led away in handcuffs. Their addictions made them irrational and unpredictable. There was a situation in his middle school days where his sister, high on whatever drugs she was taking at the time, threatened to kill him when he took her son (his nephew) from her car before she could pull away from the house because he knew it was dangerous to drive while high.

I’ve barely scraped the very tippy top of the iceberg in writing about all of the ways that my husband’s family is broken. My husband amazes me every day, because he doesn’t hate them. Being with them is difficult for him for many reasons, but he still loves them. Loving them hurts because they never change, and he wishes that they had a more normal family that wasn’t so shattered.

Thinking about his family, and other families like his, I couldn’t genuinely say that the Pines family was all that messy any more than I could say that the concept of family is important for everyone or that anyone with a broken family doesn’t care about their blood relations. Sometimes, family is painful, and never becomes any less so. Even now, when he’s been living away from them for going on ten years, my husband still hurts for his broken family. A large chunk of his hurt comes from knowing that their tenuous bonds will never become more solid.